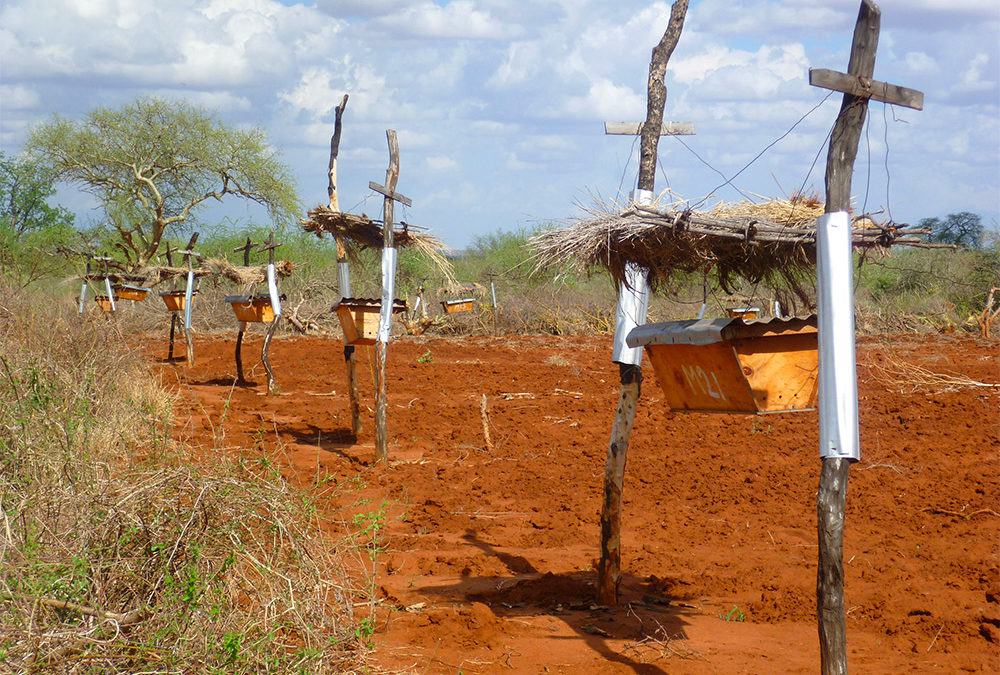 In Africa, as the human populations expand the natural progression is to move into the natural wildlife habitats, it is here that people with their livestock start clashing with the wild animals. The conflict over the remaining living space is only escalating as both sides are impacted. Along with the destruction of natural habitat, human property and crops are damaged by the wild animals.

In Kenya, trying to keep crop raiding elephants out of farming areas was becoming a problem and the obvious solution of “building a wall” was impractical. That was until zoologist Lucy King came up with “out of the box” solution, bees. It turns out that elephants are terrified of bees and just the sound of bees buzzing is enough to keep elephants away. Back in 2009, King set up a test using beehives placed every 10m around a field it proved so successful and The Elephant and Bees Project was born.

Today the out of the box concept of using Beehive Fences have spread even down to South Africa where SANParks are testing the use of bees to keep elephants out of particular areas to protect the biodiversity.

Back in Kenya farmers not only have their crops protected by the Beehive Fences but their crops are being pollinated by the bees and they now have a second revenue stream of harvesting honey.